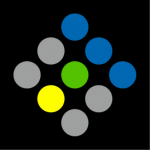 Sigma, A gente se vê por aqui. This background was used on Channel 4 spoof on RKO's THH22M back to the early 2010s.

A Salt Cover feminina???
Add a photo to this gallery
Retrieved from "https://logosfake.fandom.com/wiki/User:Thomas_Kong62704?oldid=369017"
Community content is available under CC-BY-SA unless otherwise noted.