Idk, but I'm just explain that the differences between two countries.

Well, this needs to be updated...

They have changed now.

I know that too and very sorry for the whole thing for you for original creator and evryone.

The "Dalagary" name was stole by Attila12 on Dream Logos Wiki.

DonaldoC1997 wrote: Speaking of Subin, the owner of the country made a recognition map for Subin:

The problem? He didn't ask anyone if the country recognizes it or not. 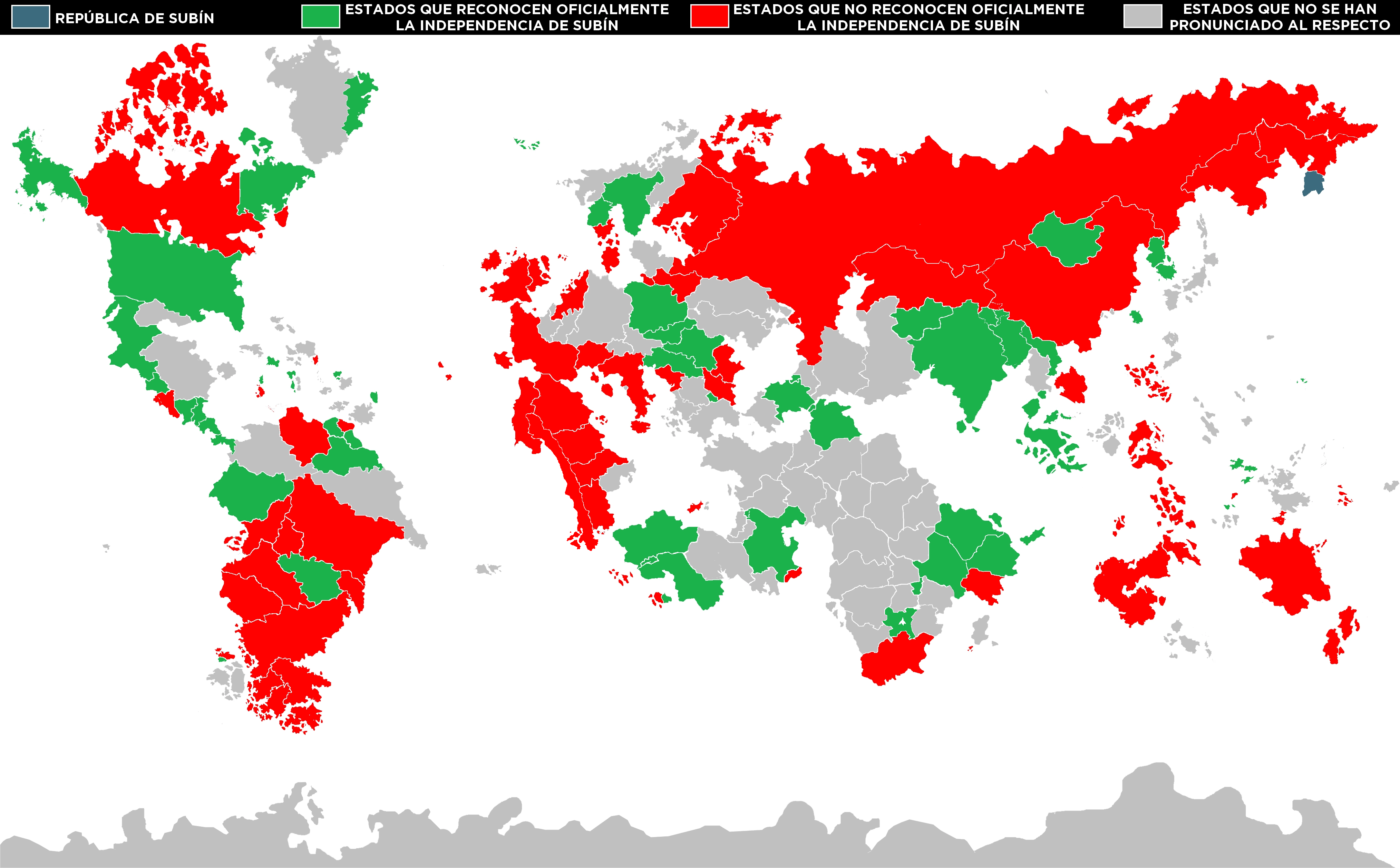 Some of the colored countries are BOT countries as the others belong to the administrators (me, Gineki, DonOnce, Lumogo and Vengatio1).

For Alexander, KJ and CB, if the information is correct about Shokugeki recognizing it and Surodecia and Rivland not recognizing it or it's the opposite, comment here.

TK, comment if Centlands and Kalandia recognize Subin as independent or not.

Centlands does not recognize the Independence of Subin, but Kalandia does.

In Spanish Gapia Wiki, we saw the newest country called Subin, which is an Korean-speaking country.

Now, I want to talking about what ChefHyenoPark did. Because he stole the logo from real-life world.

Then, I need you to help him to create more original logos.